Who is architect Coleman Griffith?

One of the finest architects that the Ohio State University, College of architecture and urban design, has produced is Coleman Griffith. He is a graduate of the 1982 class and since then has traveled wide to improve his expertise. Over a period of more than three decades, he has worked with different firms under various levels in the design process of well known building and structures. Through this he has gained immeasurable experience that has proved to be very crucial in later days of his career. He has also had time to spare and take lectures in different architecture, design & urban planning colleges where he has continued to increase his knowledge and skills as he imparted useful tips to the next generation of architects. He has thus been able to catch up with recent developments in this fast evolving career. This has seen him become an all around professional and received several awards during his teaching career. 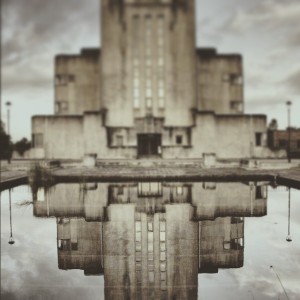 Upon retiring from the Pasadena City College in 2015 where he was the head of the department of architecture, Mr Griffith established his own firm to continue to help companies and individuals bring their dreams into reality. He is a licensed architecture with various bodies notably the California Architecture License which he received after being admitted to membership in 1990. His latest project has been with Park Plus, Inc. which is the pioneer of automated parking that is aimed at maximum utilization of the limited space available. He is the current direct of architecture, a post he has been holding since June 2015. He is known to relate well with people of all ranks in the office, a very articulate leader who exhibits a high level of professionalism while executing his duties.

Coleman Griffith is readily available for consultation in all matters related to architecture. He has proved to be very resourceful to clients who have approached him in the past with various problems. Since he has worked with very many challenging projects where his expertise was stretched to the upper limit, he can possibly handled any project that you could have. Recently, he has been involving psychologists in his work to help him analyse human behavior in terms of office utilization. This information has been deemed very useful in proper management of office floor, a factor that rings well in the mind of every designer. So the next time you have any issues that requires the attention of an experienced professional, call the best ever in the field.